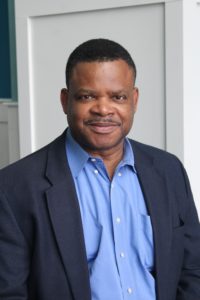 Mack McDonald joined Renaissance West Community Initiative on February 1, 2016 as Chief Operating Officer before transitioning to the Chief Executive Officer position in December 2016. He is a Charlotte native and has lived in the “Queen City” most of his life. Mack is a graduate of Olympic High School, and holds a Bachelor of Science degree in Electrical Engineering from North Carolina Agricultural & Technical (A&T) State University, and a Master of Business Administration (MBA) degree from the University of North Carolina at Greensboro (UNCG). For most of his career McDonald has been an operations, project management, strategic planning and technology professional and has a long history of community service and advocacy.
Prior to joining RWCI, he was a Central Piedmont Community College (CPCC) Associate Dean of Business and Industry Learning, as well as site manager of the CPCC Ballantyne Center. Mack has served as Business Excellence Manager and Business Relations Manager at Goodwill Industries of the Southern Piedmont. He was Senior Vice President of Business Operations and CIO at United Way of the Central Carolinas. Prior to that, McDonald was the Director of the Information Management Center at Johnson C. Smith University. Mack started his professional career with IBM Corporation where he held multiple engineering and consulting roles over his 13 year tenure.
Mack will tell you that his passion is in the community and with helping people. Currently he serves on boards of directors for the Charlotte Merchants Foundation, Girl Scouts Hornets Nest Council and Charlotte Warriors Youth Athletics. He also serves on several committees with the Pi Phi Chapter of Omega Psi Phi Fraternity and is a Guest Services Ministry volunteer with Mecklenburg Community Church.
Mack is a member of American Leadership Forum Class IX and Leadership Charlotte Class 24. He has served on boards of directors for Leadership Charlotte, ArtsTeach, the Carolina Raptor Center, and many others. He has been President of the Phillip O. Berry Academy of Technology PTSA, a youth basketball, football and softball coach, and youth mentor.
Mack is a proud parent of three young adult children, Andrew, Michael, and Adriane. 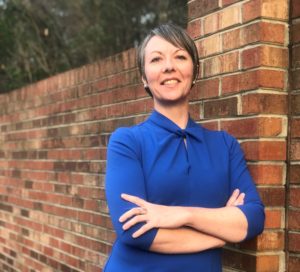 Proth has an extensive background in the nonprofit world, in both the UK and USA, focusing on fundraising and development. After moving to Charlotte in 2008, she spent 5 years at KIPP Charlotte as Director of Development. Before joining RWCI, Proth served as Executive Director with the Jimmie Johnson Foundation for 7 years.

Proth is a senior fellow and board member of American Leadership Forum, a graduate of Third Sector Leadership Program – Cohort 1, and Leading for Change – Cohort II.

Proth volunteers with Tri it for Life (TIFL) as a mentor. TIFL brings women together for 12 weeks to help them discover a new title — Triathlete!  In her free time, Proth enjoys weight lifting, running, cycling and swimming. She is the proud single mother of her 20 year old son, who is a recent college graduate. 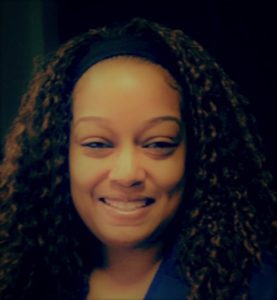 Detrina is a Charlotte native and joined RWCI in October 2018. Detrina holds a Bachelor of Liberal Studies in Human Services from Wingate University and a Master of Public Administration from Strayer University. As a long time community leader and over 20 years of professional community work Detrina holds a number of certifications in family programming, advocacy, conflict resolution and social services.

Prior to joining RWCI, she worked as the Director of Boys and Girls Club of Greater Gaston`s Bradley Teen Center.  Prior to that, Detrina worked for YMCA of Greater Charlotte as a Family Support Director. Her main roles throughout her career have been developing strategies to engage families to greater independence, promoting career and college programming, building long lasting trusting relationships with population served and combating and developing strategies to end generational poverty.

Detrina is a strong advocate in assisting family with developing pathways to a self-sustainable future and building on family strengths. In her leisure time she mentors teen mothers, practice jewelry making, loves purpose filled travels and is a huge fan of HGTV. 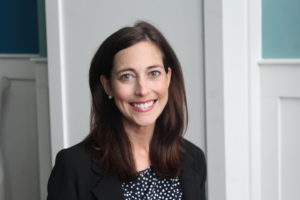 Amanda is a Charlotte native who graduated from Providence Day School in 2004. She attended Wofford College, then, earned her degree in English from North Carolina State University.
Amanda began working for the YMCA of the Triangle in afterschool programs and summer day camp in 2007 and became a Youth Director in 2009. As a Youth Director, she managed three afterschool programs, a year-round tracking out program and summer day camps. In 2013, Amanda became the Assistant Personnel Director at Camp Seafarer, a branch of the YMCA of the Triangle. She hired and trained 200+ staff and assisted with leadership programs for young girls. In 2015, Amanda began a role in the Development Department working to engage alumni and volunteers to give back to Camp Sea Gull and Camp Seafarer. Throughout her career, she has been a volunteer for the WeBuildPeople Annual Campaign and Camp Sea Gull and Seafarer Annual Fund.  Amanda earned her certification as a YMCA of the USA Trainer and completed Leadership Gift School with the Institute of Philanthropic Leadership.  She participated in Leading for Change, Cohort 1.
In her free time, Amanda enjoys volunteering for the Junior League of Charlotte and Providence Day School Board of Alumni, and is a member of Association of Fundraising Professionals Charlotte.  Amanda is married to her husband, Philip, and loves inspiring others to give back and to be engaged in their community. 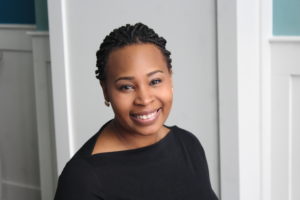 Jamese is a Charlotte native who graduated from West Mecklenburg High School in 2010. She went on to UNC-Greensboro to obtain her Bachelor’s degree in Political Science. In 2017, she earned her Master’s degree in Geography with a concentration in community planning from UNC-Charlotte.
Jamese has been a part of the West Boulevard community for most of her life. As a child, she spent time at her mother’s hair salon which was located on West Boulevard. She attended West Mecklenburg High School with most of the residents who lived along West Boulevard. In graduate school, she worked with the Charlotte Action Research Project which did extensive work in Reid Park and surrounding neighborhoods. Jamese has made connections with leaders and residents alike that live along West Boulevard and taken part in numerous projects to increase capacity along the boulevard.
In her free time, she is an involved member of the Coalition of 100 Black Women. She also leads a youth group on West Boulevard. 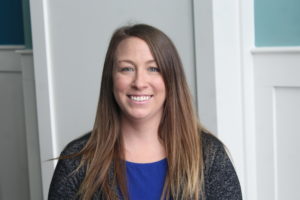 Jackie moved to Charlotte in 2012 to begin graduate studies at UNC Charlotte and has been immersed in research, program development, and evaluation with multiple local organizations including Charlotte Mecklenburg Schools, Teen Health Connection, and Thompson Child & Family Focus. She also interned at RWCI from fall 2014 – spring 2015.
Jackie has long been involved in volunteering with community organizations. Jackie served in the AmeriCorps National Civilian Community Corps (NCCC) after completing her undergraduate degree. Similar to a domestic Peace Corps, NCCC involved traveling with a team of volunteers and working with local organizations on the Gulf Coast and in the Midwest. During that time, Jackie learned the importance of community engagement, cultural competency, and strong local leadership for communities to recover from natural disasters and other adversities, as well as the need to evaluate the impact of community organizations. This experience led Jackie to pursue an advanced degree in Community Psychology to connect her interests in research and community development.
Jackie received a BA in psychology from the University of Kentucky in 2008. She also received an MA in Community Psychology and a Certificate in Nonprofit Management from UNC Charlotte. She is currently working toward a Doctorate in Health Psychology with a Community Psychology concentration at UNC Charlotte. 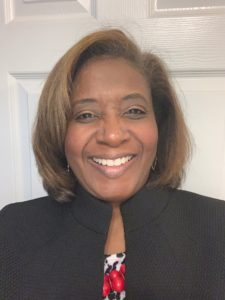 Kisha joined RWCI in November 2018.  Kisha is a certified Project Manager, Lean Six Sigma and Agile Practitioner.  She also has an extensive background in Human Resources and was awarded the Charlotte Area Society for Human Resource Professional of the Year Award in 2017.  Kisha’s passion is empowering individuals to be their best and is coined in the community as a “change agent”.